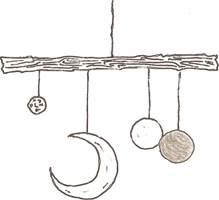 Welcome to the quirky world of a novel called “Sputnitzi”. This could be translated in English as “Satellites”, but the original title means both space satellites and travel companions. “Sputnitzi” is a Bulgarian novel and this website is also in Bulgarian. Here I offer a quick overview in English.

Chai and Thea, an innocent old couple, are the only ones in the Empire who know about the secret plan of the rulers. The two embark on an epic journey in order to sabotage the emperor’s scheme.

But is this their only goal? A boy and a girl aim to find out while they travel with the elders. The path they take changes the future of the whole planet.

Discover the magic of Citeal together with its bizarre dwellers portrayed in this fairy tale for children and adults – because you’re never too old for an adventure!

It was also among the five nominees for debut work in Bulgaria for the Eurocon 2021.

The novel's main flavour is adventure fantasy seasoned with some comedy and a pinch of inspiration from Ireland and East Asia.

Hi! My name is Desislava Daskalova, or Dessy for short. I do laser physics by day and write stuff by night. I also read, cook and Irish dance – sometimes simultaneously.

My preferred books include fantasy, science fiction and all literature created with rich imagination. Experiments are another fascination of mine, so I try mixing it up whenever I write. Inspiration is easy to lure – I leave a trail of crumbs and it comes to me, as it is always hungry. The crumbs are from cakes, equations, piano chords or nice evenings of board gaming with friends.

“Satellites” is my first finished novel. In November 2018 it was published online at cheti.sputnici.com. Maybe someday I will be able to translate it. Meanwhile I am writing other stories in English and Bulgarian.